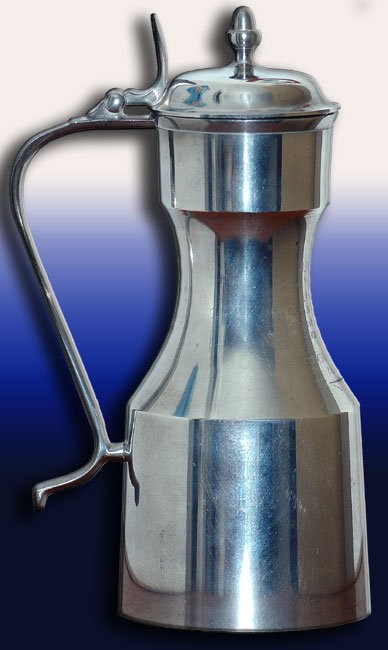 At a committee meeting on the 24th September 1970
secretary Andrew Bryson reported that Galston C.C.
had challenged us (EK&H CC) to a four rink game
on 23rd January 1971 at 8pm at Crossmyloof
and that this had been accepted.

The match took place and the results were as follows:

Galston came back at us the following year
winning the match 49 shots to 33
with the highest up Skip on the winning side being
T. Boswell with 20 shots

In season 75/76 we played a mixed match
against Galston at the new Ayr Ice Rink,
the result was in our favour 22, to Galstons 8.
A return mixed match at Ayr was played on 1st April 76,
no record of the result was made.

I have trawled through the minutes and managed to
bring together a table of our Galston match results.
Some of our past sec's made copious notes, some did not,
hence the odd years with no names attached.
Also I assume that where no mention of the match is made,
the winners were Galston.

TAPPIT HEN
1. A crested or tufted hen.
2. A pewter mug with a knobbed lid resembling a fowls tuft.